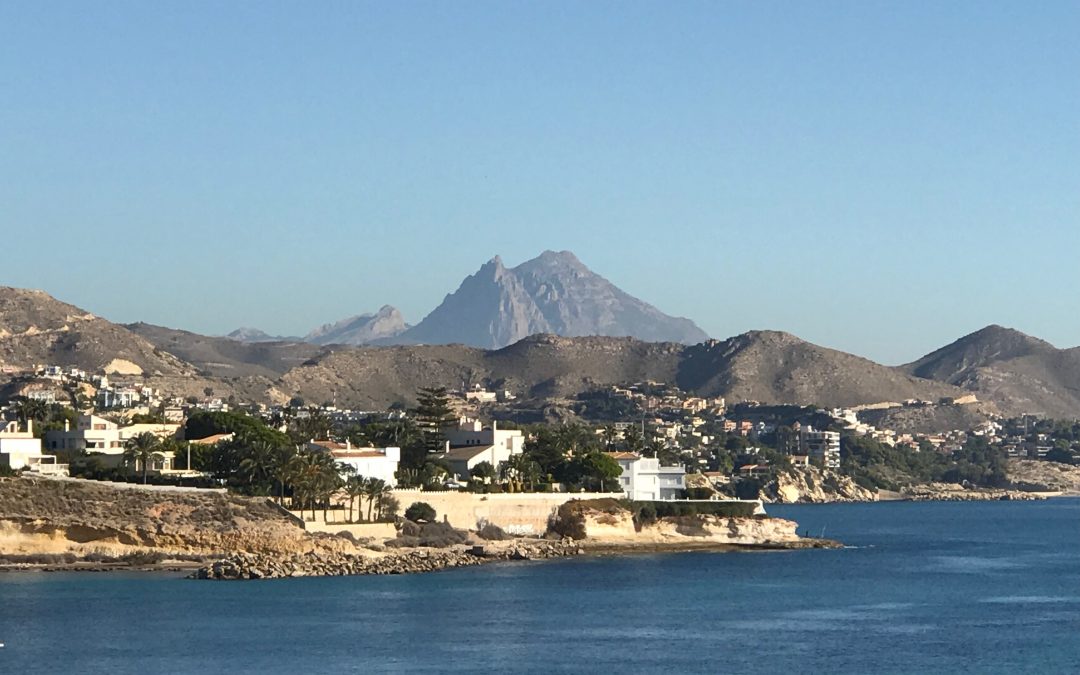 I recently spent 6 weeks in Spain and most of that time in Alicante. The sleepy coastal city hugs the Mediterranean sea and offers an endless variety of things to see, do, and experience. 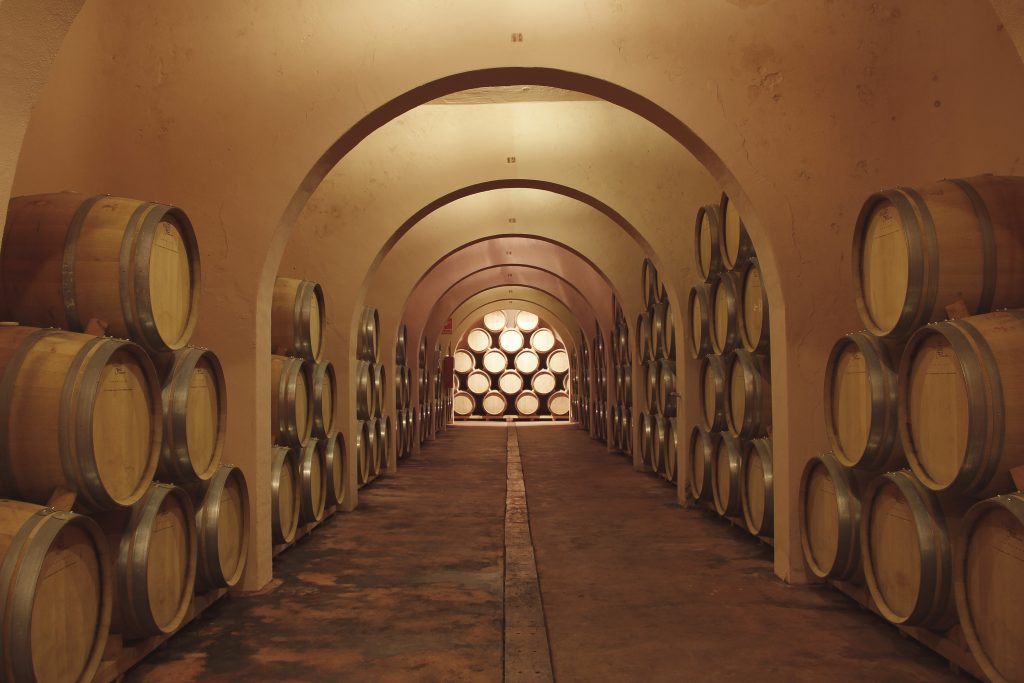 Those of you who follow me regularly know that I have recently developed a love affair with good wine, specifically the red assortment. I spent months touring Italy and indulging in Chianti and other varieties.

When I traveled to Spain, it was my intention to discover their version of this beautiful gift from the Gods.

After contacting the tourism board I organized a tour of a winery that is part of a coop consisting of more than 300 vineyards in the Alicante region.

Meeting me at the train station in Villena (Alicante), Spain was Belen Hernandez (no relation..or at least we don’t think so!), the representative of Las Virtudes Winery. She was full of energy and I immediately got the sense that she loved her job.

Since the winery is part of a coop that shares the grape harvest from many vineyards I was brought to the factory to experience the manufacturing end of the production.

This particular winery has been making wine since 1961 and I was thrilled to get a tour of both the traditional newer methods. From the delivery of more than 3.3 million pounds of grapes to the fermentation and bottling process, the winery produces a variety of white, red, and rose wines. 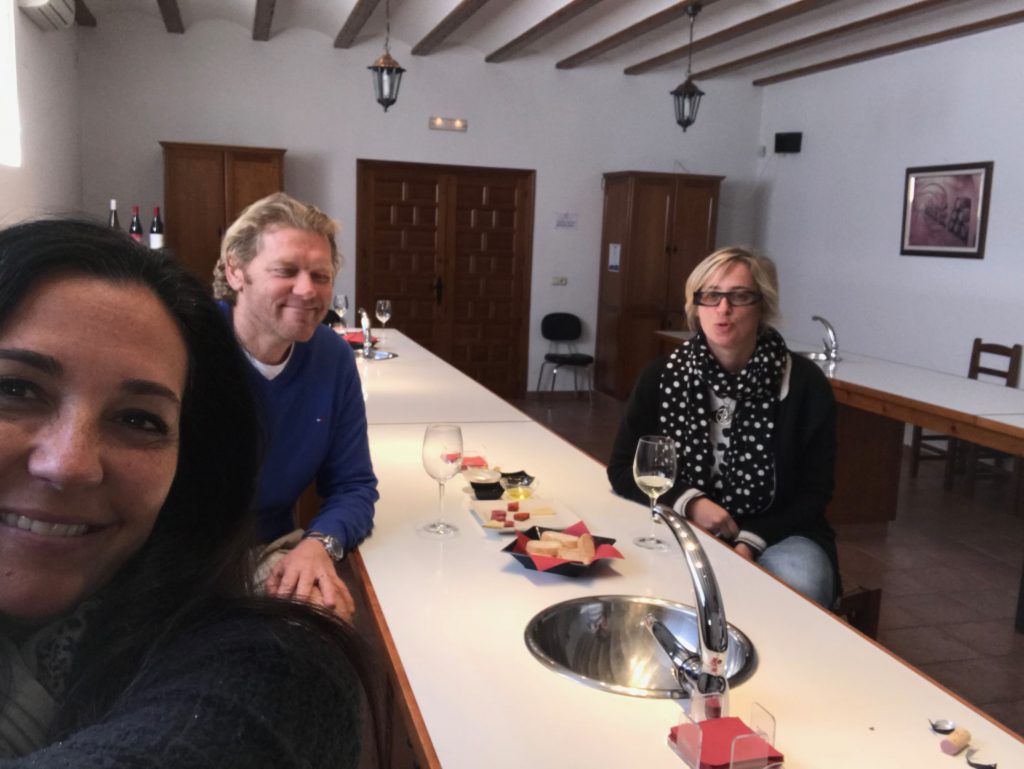 I was treated to a wine tasting (my favorite part of any tour!) along with some other visitors. We indulged in all varieties and honestly, I’m not sure which one I liked more.

Accompanied by fresh bread and the wineries own organic olive oil I was thrilled to meet new friends and learn about a new region of Europe’s wine production. For more photos click here! 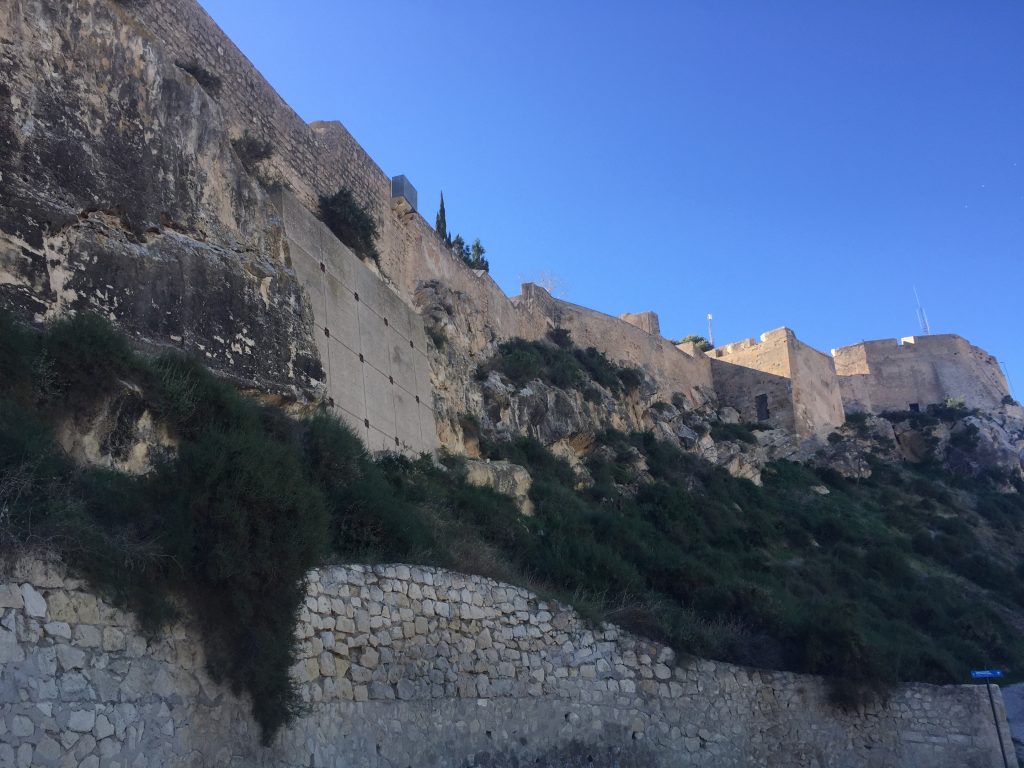 Alicante is a modern city with beautiful stretches of beaches that are home to marinas, numerous restaurants, and beautiful condos.

But not all of its original ancient beauty has been erased. 545 ft. up on Mount Benacantil you’ll find the Santa Barbara Castle.

Dating back to the 12th century the castle was originally dominated by the Arabs before it was seized by King Alfonso X el Sabio. 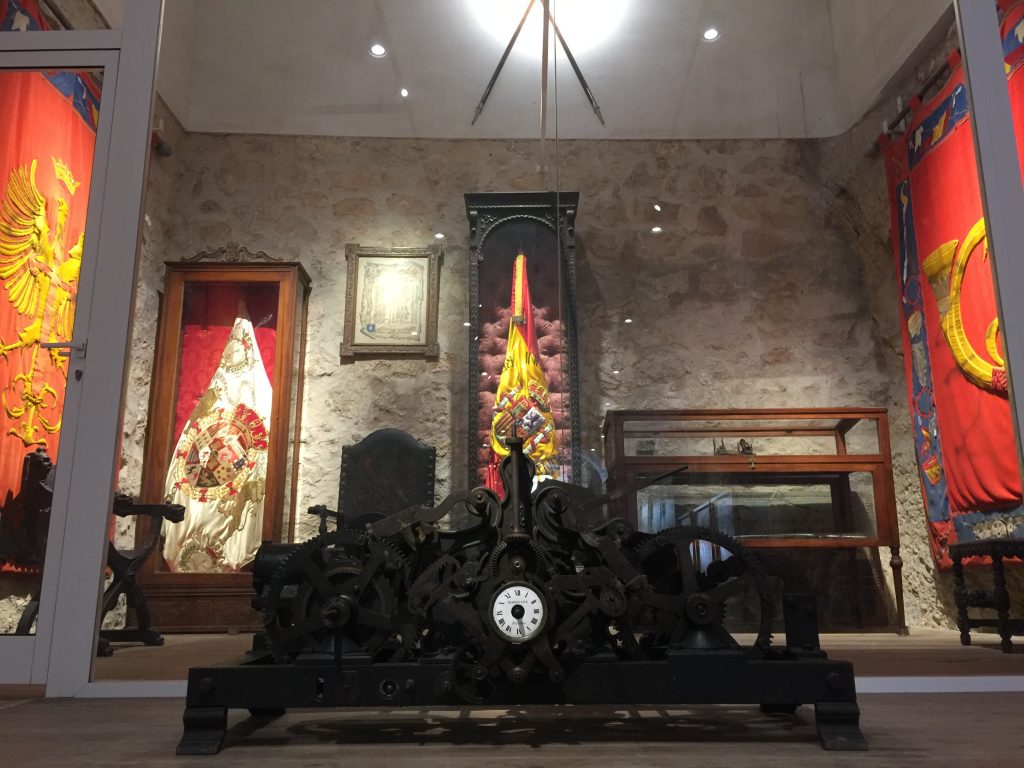 The interior of the castle has been preserved and updated to accommodate historical tours as has the grounds.

There are artifacts from the Bronze Age, Iberian and Roman times that were discovered on the mountain dating back to the 9th century.

During my visit, there was a grammar school class enjoying a tour by a traditionally uniformed soldier.

I chose to hike up the mountain (great exercise and a good way to see the gorgeous landscape) but there are elevators and buses that can be used to access the castle. It’s definitely worth a visit. 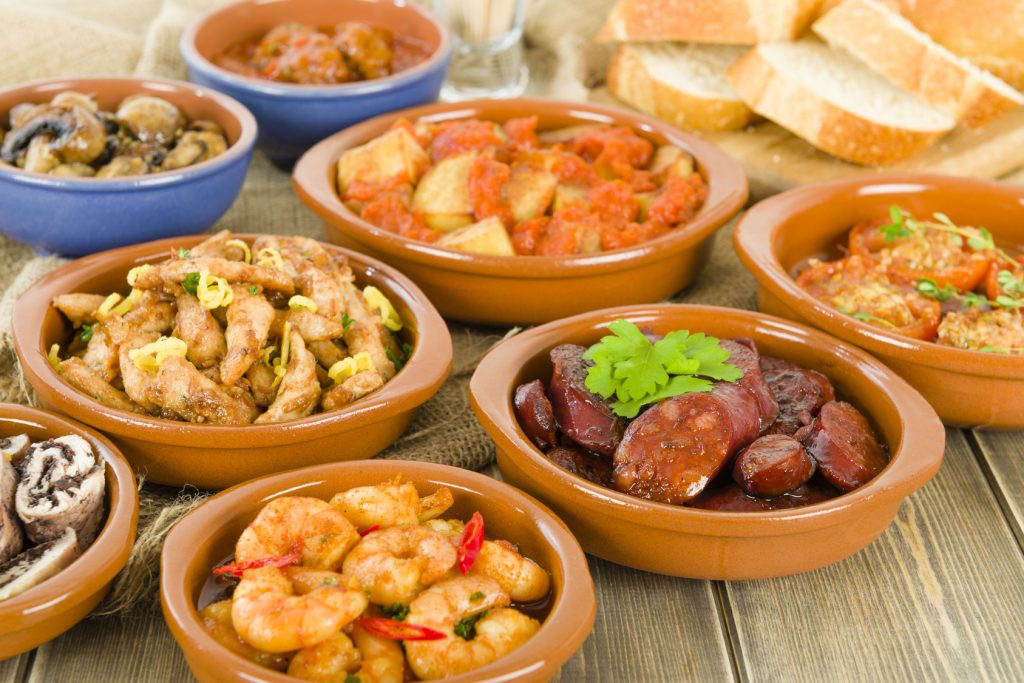 Another of my favorite things about travel is the great food and Spain has no shortage of delicious varieties.

Some of my favorite dishes during my visit were: 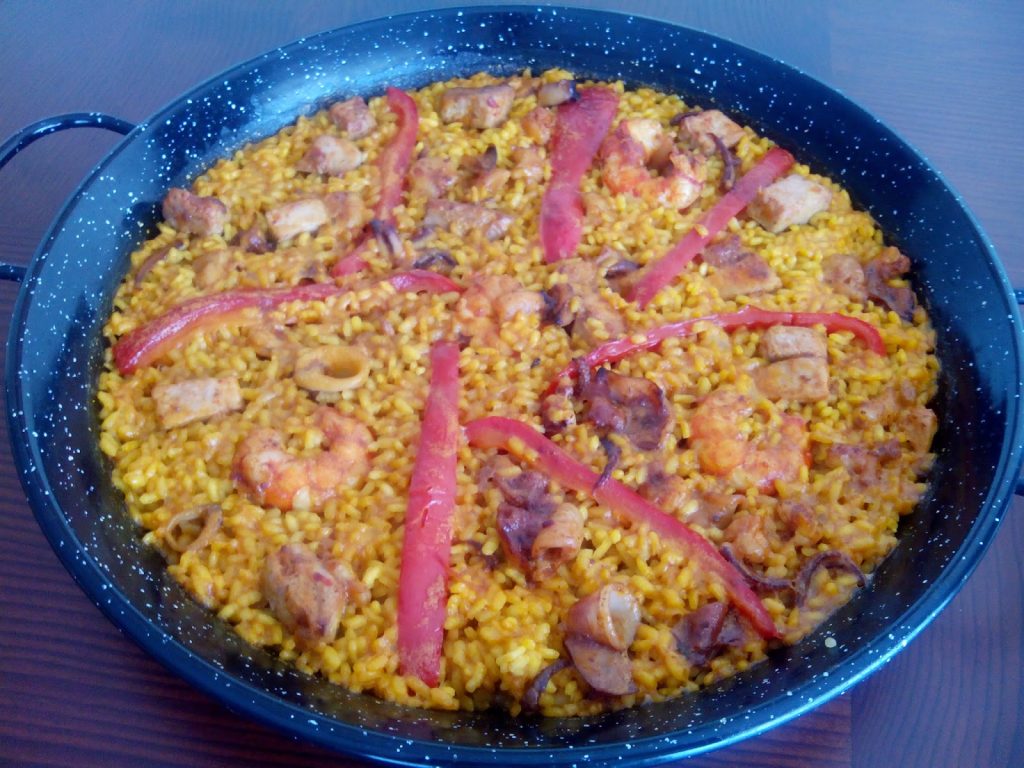 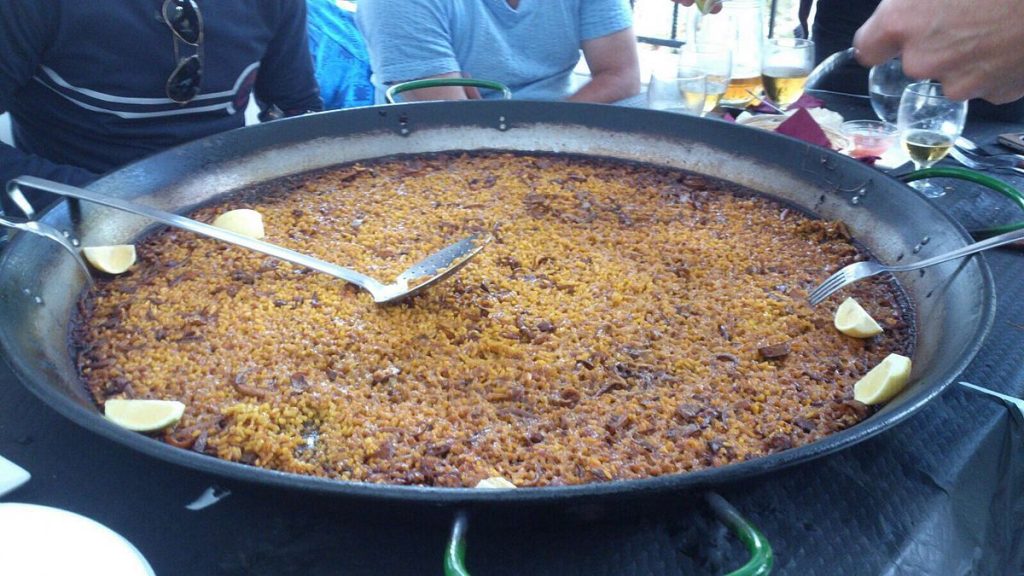 A rice dish stewed in fish stock but then served separately from the seafood used to give it its distinctive taste. 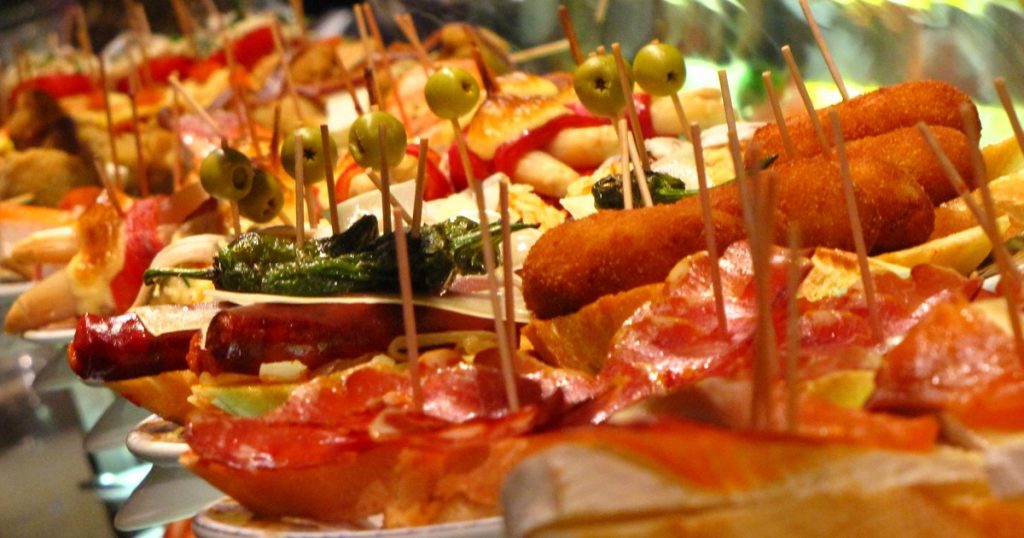 Almost everyone knows what these delicious little appetizers are. They can consist of meat, veggies, olives, peppers, sausages, and croquets.

No one does them better than their home country Spain! I enjoyed them almost daily and in an endless array of varieties.

There you have it…my six weeks of Castles, Wine, and Great Food – Alicante, Spain A City Filled With Adventure. I hope you enjoyed this post. Tell me, have you ever been to Alicante? Spain? Share your experiences with us!

Are you interested in traveling longer and farther but not sure how to make money to do it? Join my FREE Facebook Group and be part of a community of like-minded travel bloggers were we support, share our experiences, and learn how to make money while you travel. (click the pic to join!)

Are you a female traveler? Join my kick-ass Facebook Group and take part in a community filled with women who support, inspire, and share their travel journeys. (click the pic to join!)

If you want to learn how to travel via sponsorship like I do click the pic to learn more!