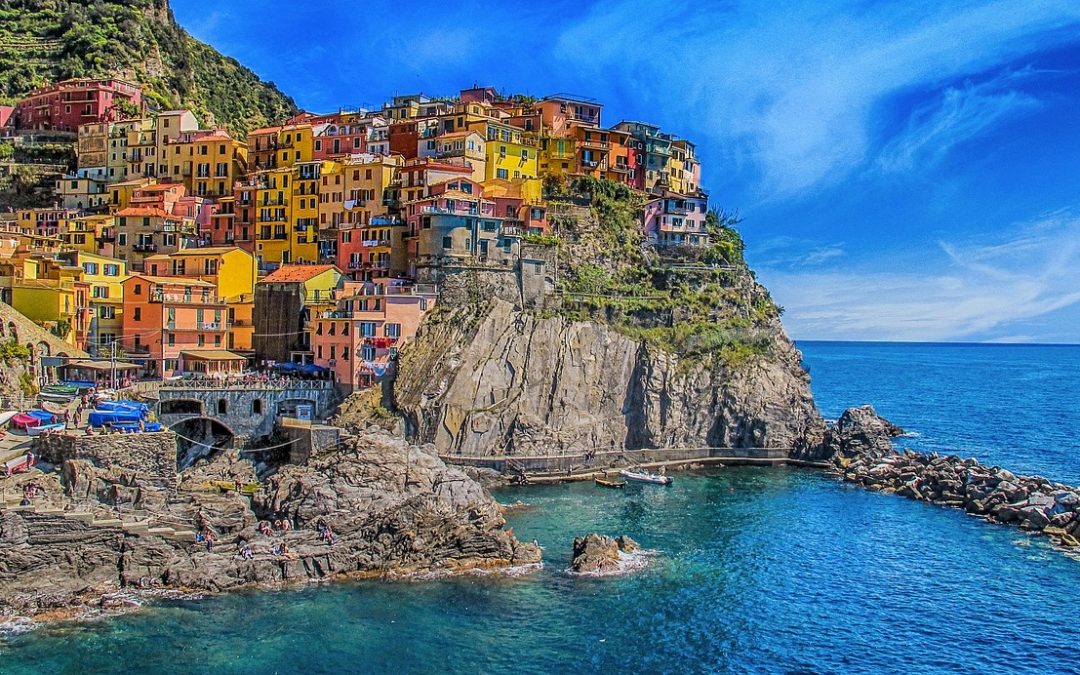 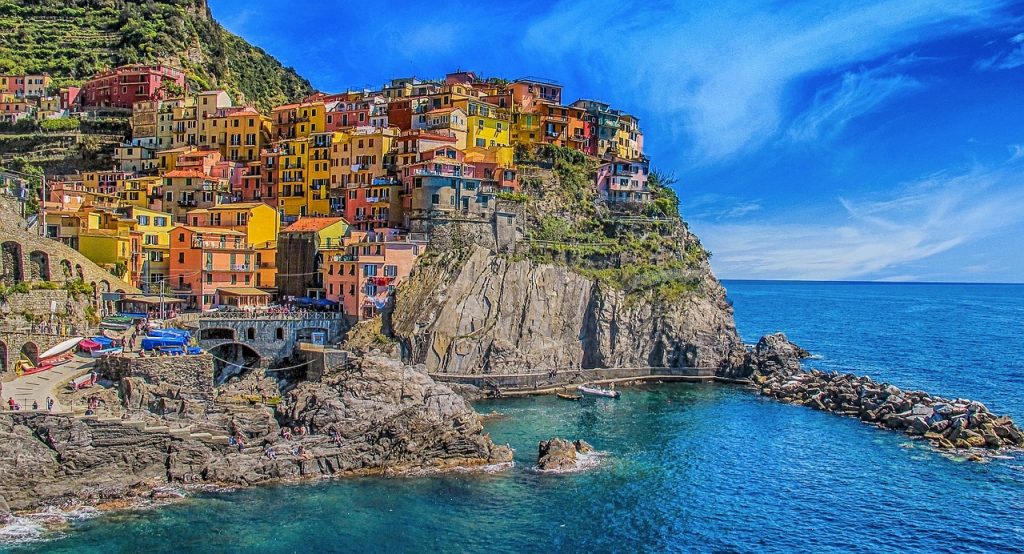 Since 1997, the area has also been labeled as a UNESCO World Heritage Site. Travelers who want to add this spot to their trip itinerary should be aware that the region is located on the upper west coast of Italy, closer to gritty Genoa than any other major Italian city.

The villages that form Cinque Terre are within a short distance of the town of La Spezia (population 93,983) and the similarly named National Park. While the area is incredibly busy during the hot summer months, travelers who come during the cooler season months of May, June, September, and October enjoy better weather conditions and fewer crowds.

The five villages that are part of Cinque Terre include Vernazza, Riomaggiore, Corniglia, Monterosso al Mare, and Manarola. The oldest of these back to about the 6th century and the rest were created soon after as part of the successful Republic of Genoa.

Even though one of the towns had a successful fishing industry, olives and grapes were historically more popular sources of income for the local residents. During the 16th century, the Italians living here shored up their defenses as a way to keep the Turkish invaders out.

Many of the surviving artifacts and buildings that can be found in the villages today date from that time. However, the region eventually fell into a decline shortly after that. This period lasted until a railroad was put through the area in the 1900s.

Although the area is now a popular destination, travelers may find it difficult to traverse the area by private car. That’s because the existent roads can be quite narrow and they only offer limited access to the towns in the region.

Local trains and ferry boats are generally considered the best way to get from place to place. Unlimited train tickets are available for all five towns and also include the nearby city of La Spezia. By comparison, the local ferries stop everywhere except Corniglia.

Hikers can also take a path across the cliffs to get between the towns but the gradients are variable and some paths might not be an easy hike for everyone.

Cinque Terre remains an amazing destination that travelers to Italy should not miss when they’re in the country.