For all my vegetarian readers out there, let me start off by apologizing for what’s about to come. For the Oink lovers among us…grab some napkins to wipe up the drool. This week’s gastronome Wednesday is my favorite childhood memory — Lechon! 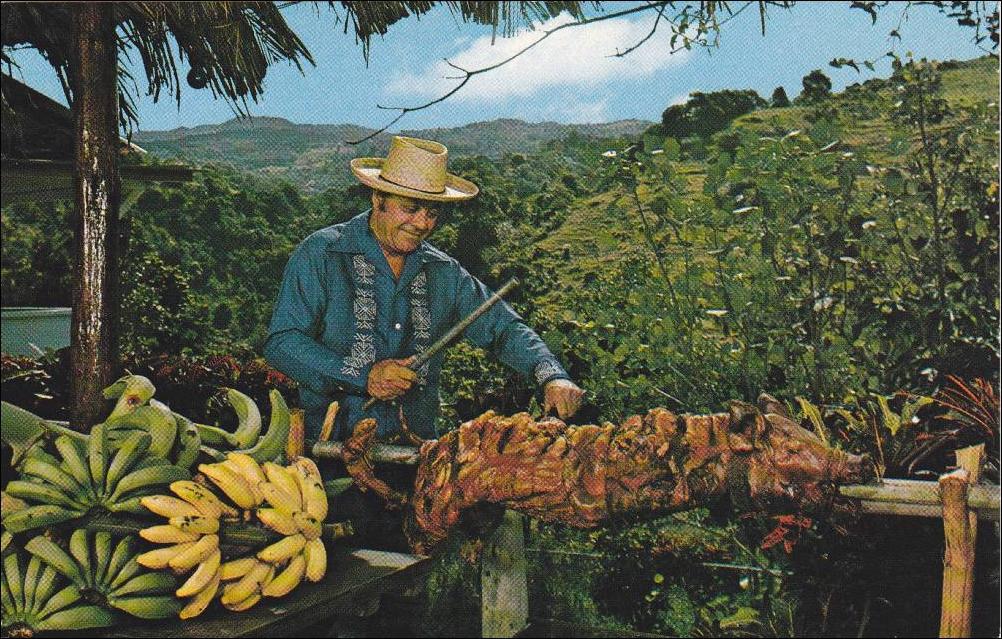 A bit about its origins…Lechon is the Spanish word for suckling pig. In some parts of the world it’s made with a piglet, but in countries like Puerto Rico, the Philippines, and Cuba a 50 to 100 lb. pig is usually the choice. This traditional Spanish dish is used for celebrations of every kind and, although it’s argued exactly what country it was introduced to first, there is no argument that it has Spanish origins.

Raising and selecting each pig is an art form and there is always “that favorite farmer” in the community that every family trusts to provide the perfect Lechon. The process consists first of selecting the desired size. Usually bigger is better since the leftovers are used for a myriad of dishes. Then expertly butchering and cleaning the pig which is always best left to the experts. A reputable butcher will spice both the inside and out of the pig and put it on a spit. Once delivered, he’ll set it up and, based on weight, suggest cooking time. Now for those of us who have grown up eating Lechon as part of daily life, this can vary and every woman in the family will argue their method and timings are best…and strangely enough, they’re all right!

The preparation and roasting of the Lechon has as much to do with the meal as the pig itself. Once prepared only for holidays, eating Lechon has become the foundation of almost every family gathering in many Latin and Asian countries so the spices that go in vary greatly. 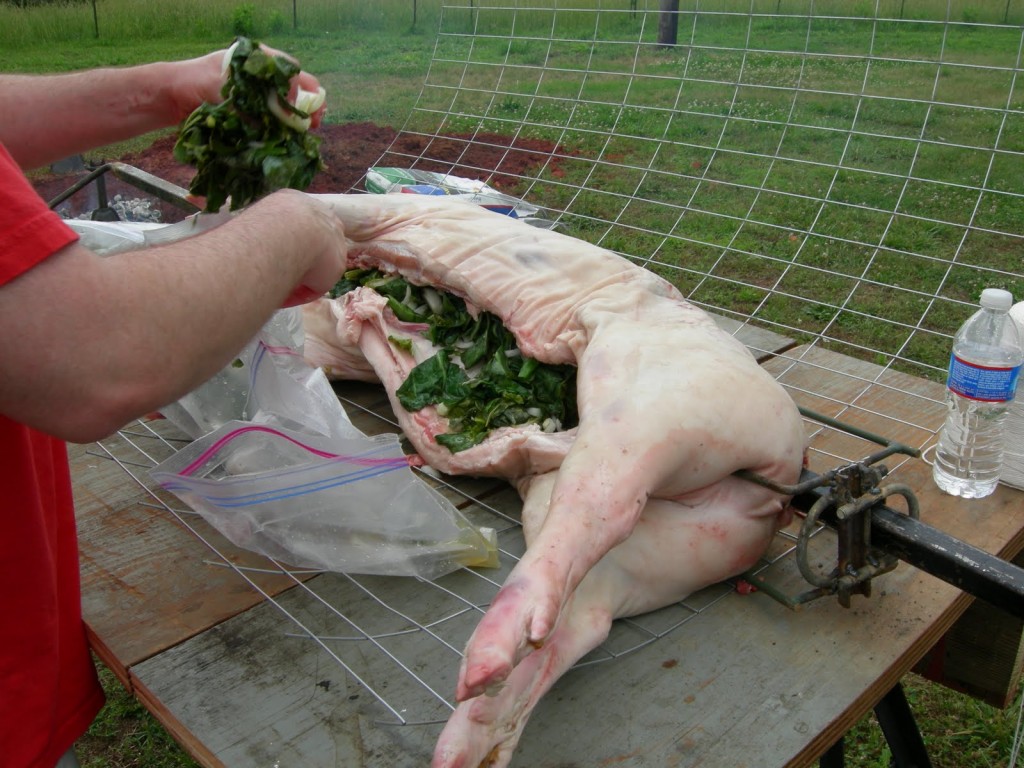 To achieve the very best taste, Lechon should be slow roasted outside in an open pit. Yes, arduous, but worth each labored minute it takes. Depending on size, this takes hours and in my family the men take the honors. Here is where they stand around taking turns rotating the pig and, while working their way through several cans of beer, argue solutions for world hunger, foreign policies, and creating the cure for Ebola! 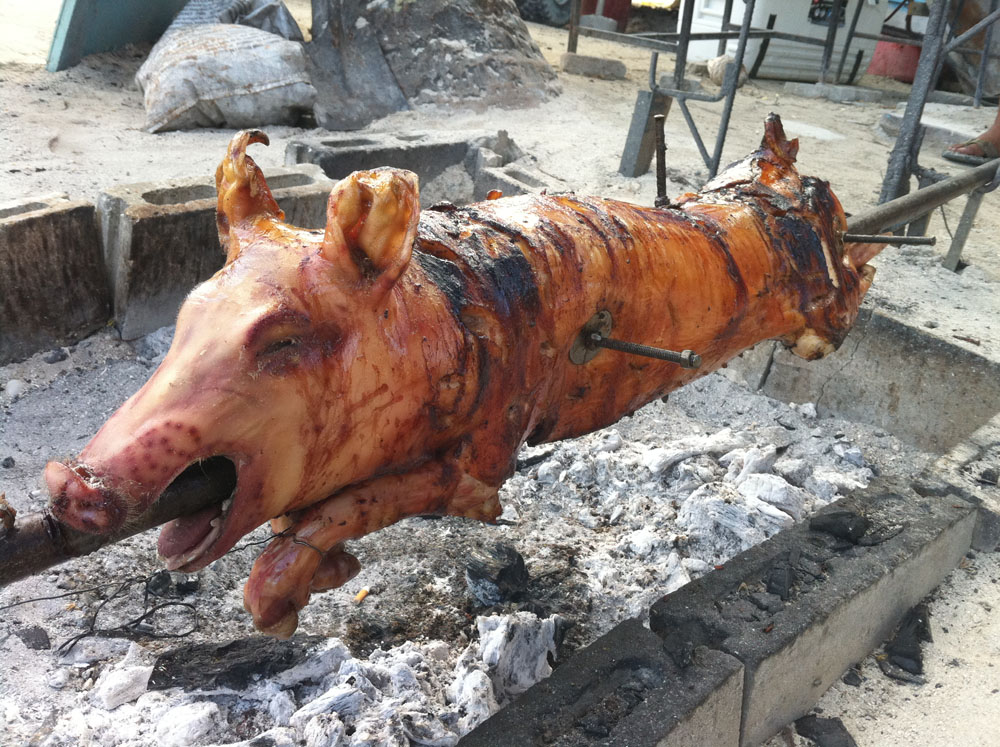 As the hours toil by the skin on the outside becomes darker and crispier but the fat is naturally basting the sweet, white meat on the inside so it maintains a moist, tender texture. And of course, the men become more intoxicated..which is why the women often “visit” to check the progress!

I’ve put a list together of places I go to when I can’t get to a relative who can cook Lechon for me.

Let me pay homage first to my father and husband’s home of Puerto Rico (where I happen to believe you’ll get the best Lechon on earth…a bit biased but not untrue!)

Guavate is an opened aired area where several Lechoneras cater to Lechon lovers across Puerto Rico. Popular with locals and travelers alike, this often busy BBQ facility is located in the center of Puerto Rico near mountain ranges so eating outdoors is comfortable. Various proprietors offer a range of dishes like rice and pigeon peas, cassava, breadfruit, sweet potato, blood sausage, and yellow or green plantains. There are other meats as well but what stands out here besides the Lechon is the friendly locals. Always willing to have you join in singing and dancing giving the experience a block party feel. 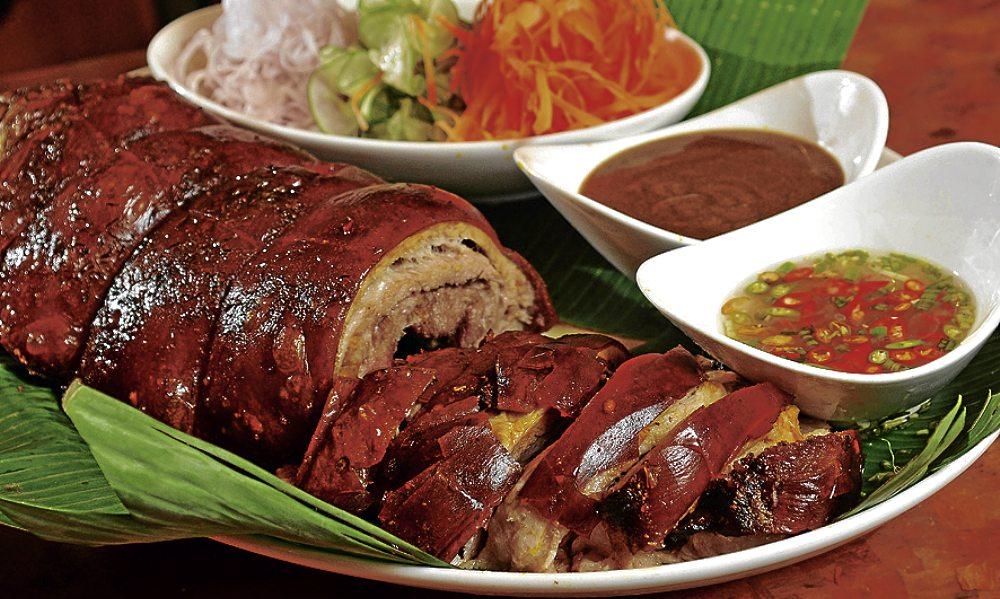 Located in Quezon City, Philippeans, Cris Native Lechon prepares their pigs “Cebu-style”. Stuffed and cooked with lemongrass, leeks, salt and traditional spices the skin is also brushed with a thin layer of molasses which gives the Lechon a golden brown hue. Once done, the thick dark skin packs a unique flavor. With just the right amount of salt the after taste of lemongrass is what makes this version of Lechon stand out. They offer various sauces to accompany the meat, but my favorite way of eating it is plain, with a bit of bread to slop up the fatty juice. 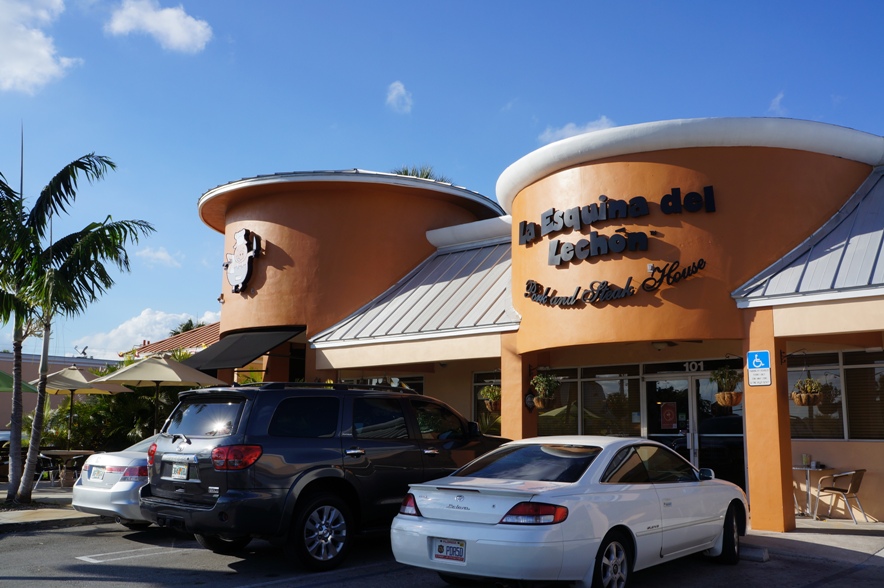 This Miami, Florida based eatery is a unique place to find Latin and Caribbean based recipes. La Esquina de Lechon’s twist on tradition offers the Lechon lover a variety of options when roasted pork is what you’re seeking. The choice meats, homemade sauces and spices, and catering ensure something for every pallet. They offer a beautiful mix of traditional Spanish and Caribbean spices that will have your taste buds asking for more. 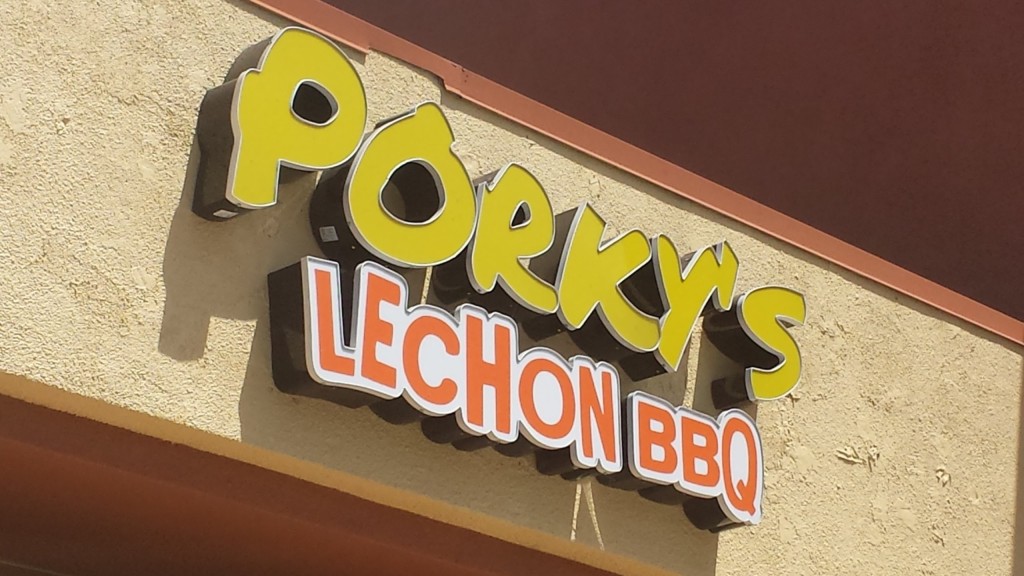 The California based Porky’s Lechon & BBQ Restaurant prepares traditional Cebu-style Lechon and other meats with a twist. They add a flair of Louisiana Cajun Style which make their Lechon like no other. They roast their pigs over a charcoal pit and baste it with a secret dressing that ensures it is full of taste and has that familiar crispy snap. Each Lechon is expertly spiced and roasted and can be delivered for parties easily. There is no other way to traditionally enjoy a Lechon but in the comfort of your own home with your own family. It’s a must try for the next big holiday. 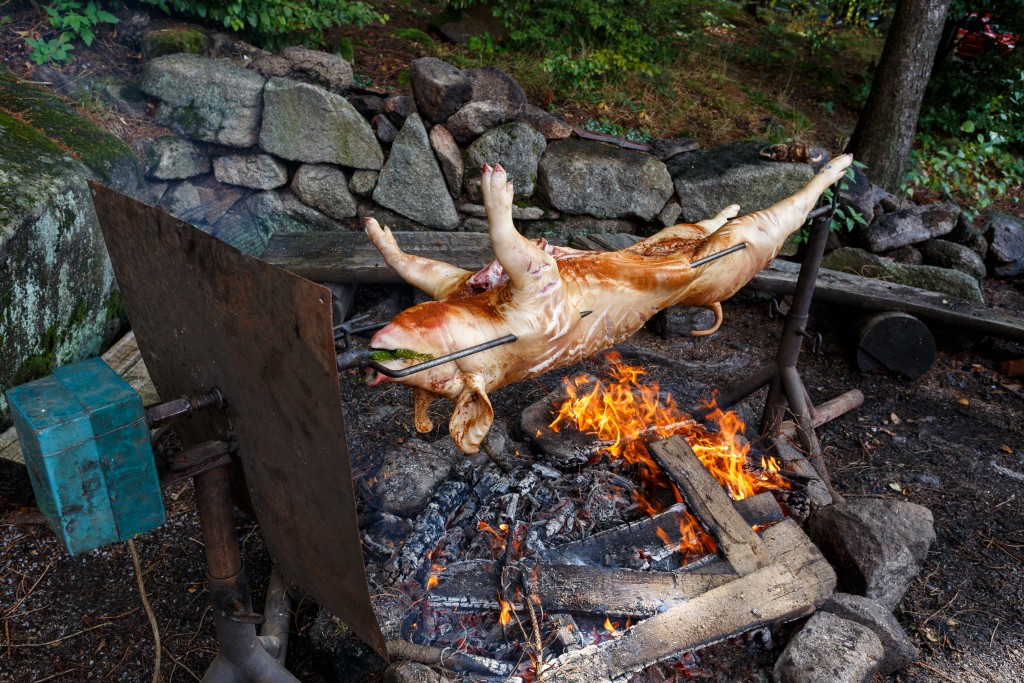 My childhood memories of Lechon

There is simply nothing like the smell of a Lechon cooking over an open pit. I don’t have a childhood memory that doesn’t include one of these being roasted in a family member’s back yard! If you haven’t tried it, you must. It’s an experience you won’t forget!