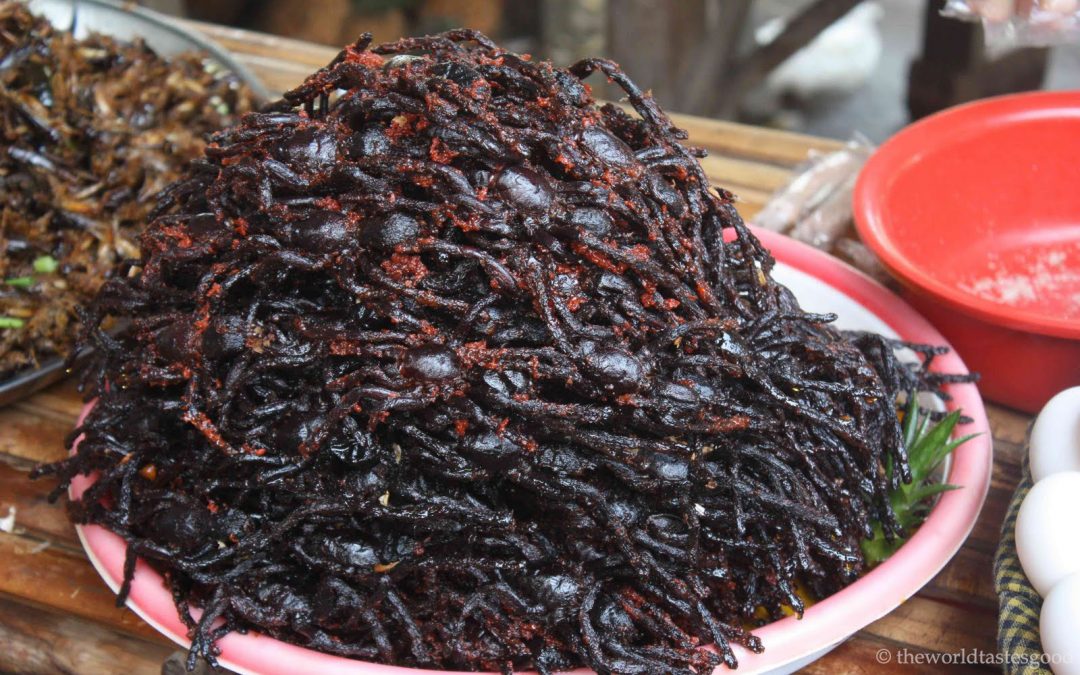 Asia is famous for some of the world’s best food; sushi, dumplings, fried rice, curries, and Korean BBQ. But, undeniably, it is also the home of some of the strangest delicacies known to man. Here are a few that we’ve encountered during our travels. 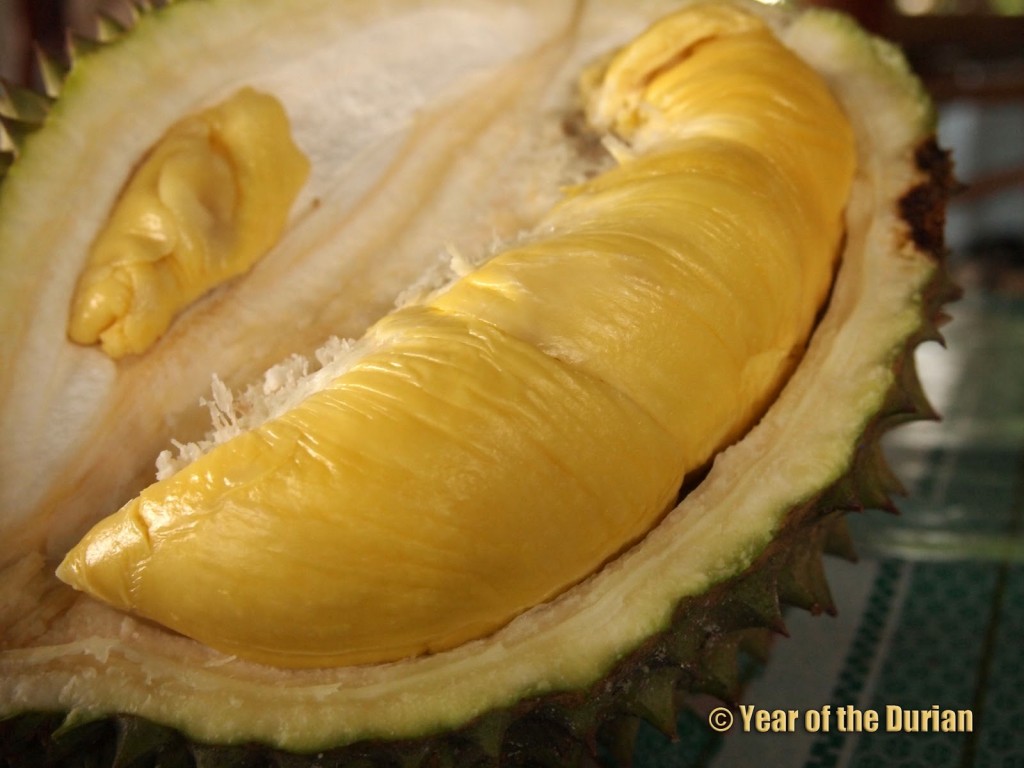 In South East Asia Durian is known as the “King of Fruits”. Its yellow, sticky flesh is gluey and has a very distinct odor; some would call it a stench. It’s a smell you won’t soon forget. The odor is so bad that many countries ban it from public transportation. Durians come in two flavors – bitter and sweet. Its taste is either loved or hated and if you can you can get past the smell it’s definitely worth a taste. 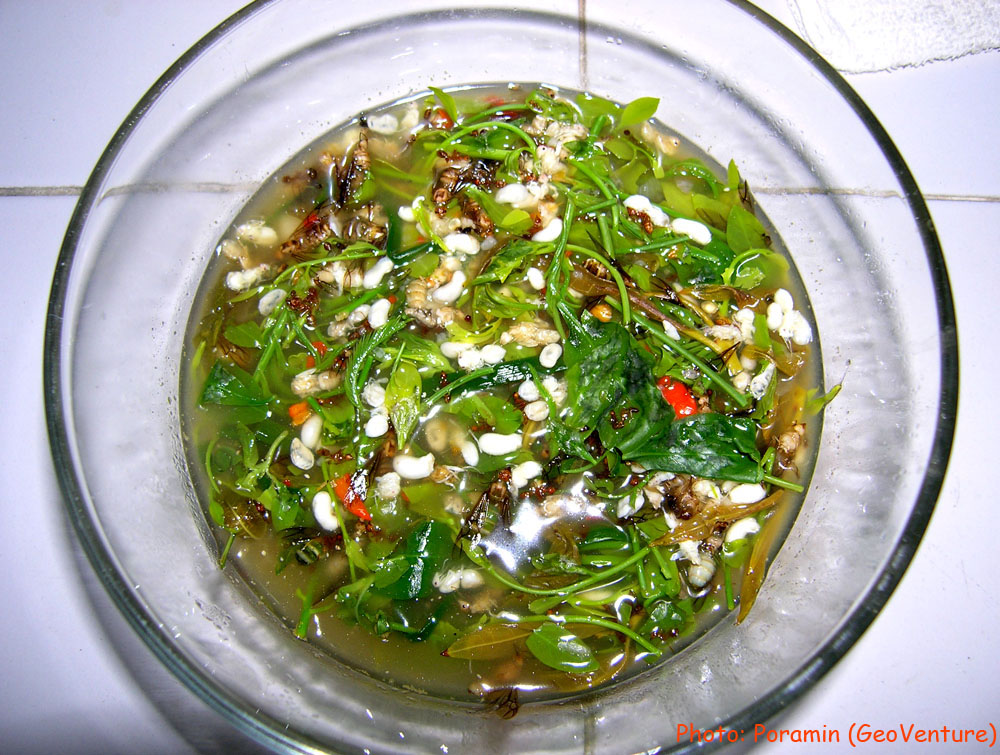 This delicacy is actually termite eggs and comes in the form of a soup. Most who dare to try it find that the soup quite tasty, if you can get past what your actually eating. It consists of a mixture of embryos and baby ants that are soft and gently pop in your mouth leaving a sour after taste. 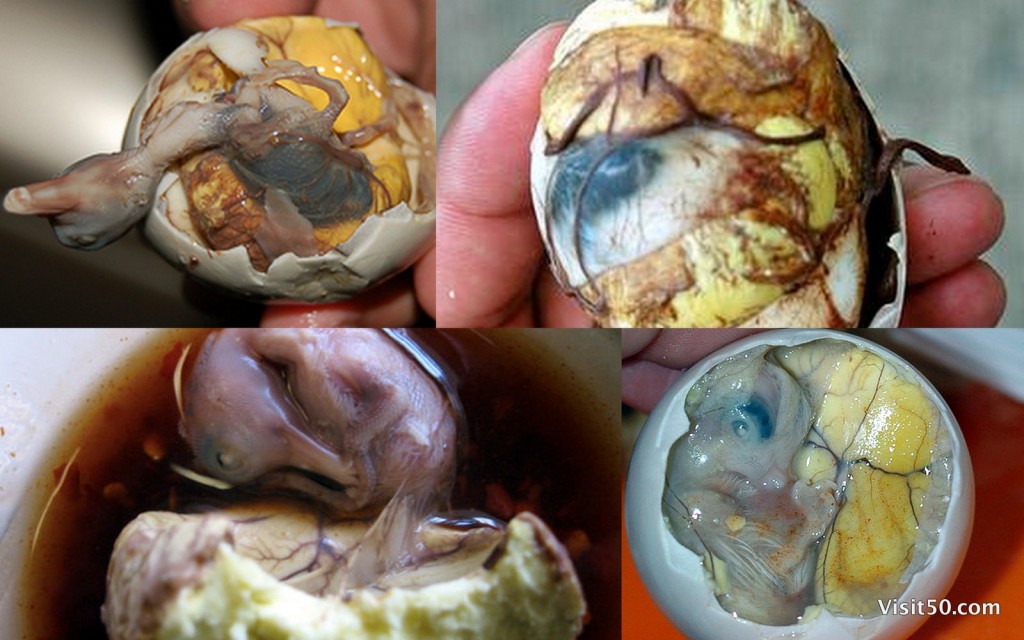 Balut is a Philippian treat and is believed to be an aphrodisiac. For most the challenge in eating it is getting past how unappetizing it is visually. Baluts are half-fertilized chicken or duck eggs boiled in the shell. The shell is then peeled off exposing a semi-developed embryo, feathers and all and then eaten. Most who brave this high protein snack admit that it tastes better than it looks. 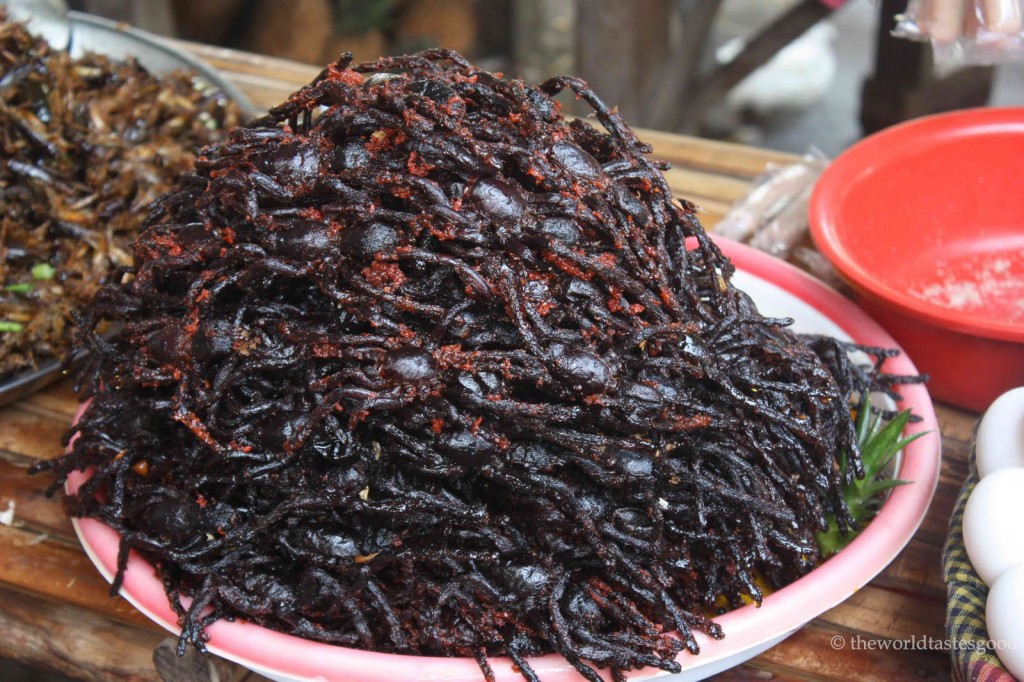 During the years of horror under the Khmer Rogue, starvation was widespread across Cambodia, and the people began eating anything they could find including Tarantula. The people of Skuon, Cambodia, developed a taste for them, even long after the command change. These distant cousins of the crab are crunchy on the outside and gelatinous on the inside. It’s said that the white meat of the head and body resembles chicken or cod. 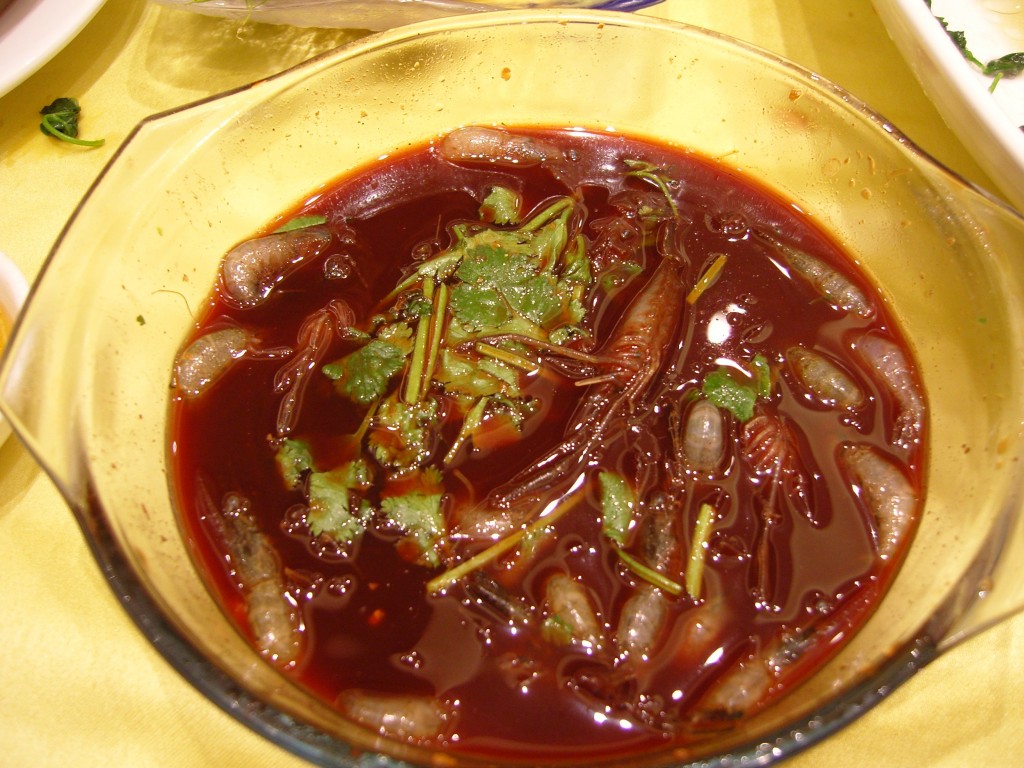 This Chinese dish is up there with one of the strangest we’ve encountered on our travels. The fresh shrimp are served alive and are truly drunk, languidly swimming through a pool of strong liquor. Eating these drunken shrimp are not for the faint of heart as first, you decapitate your victim, then pop the still squirming body into your mouth. 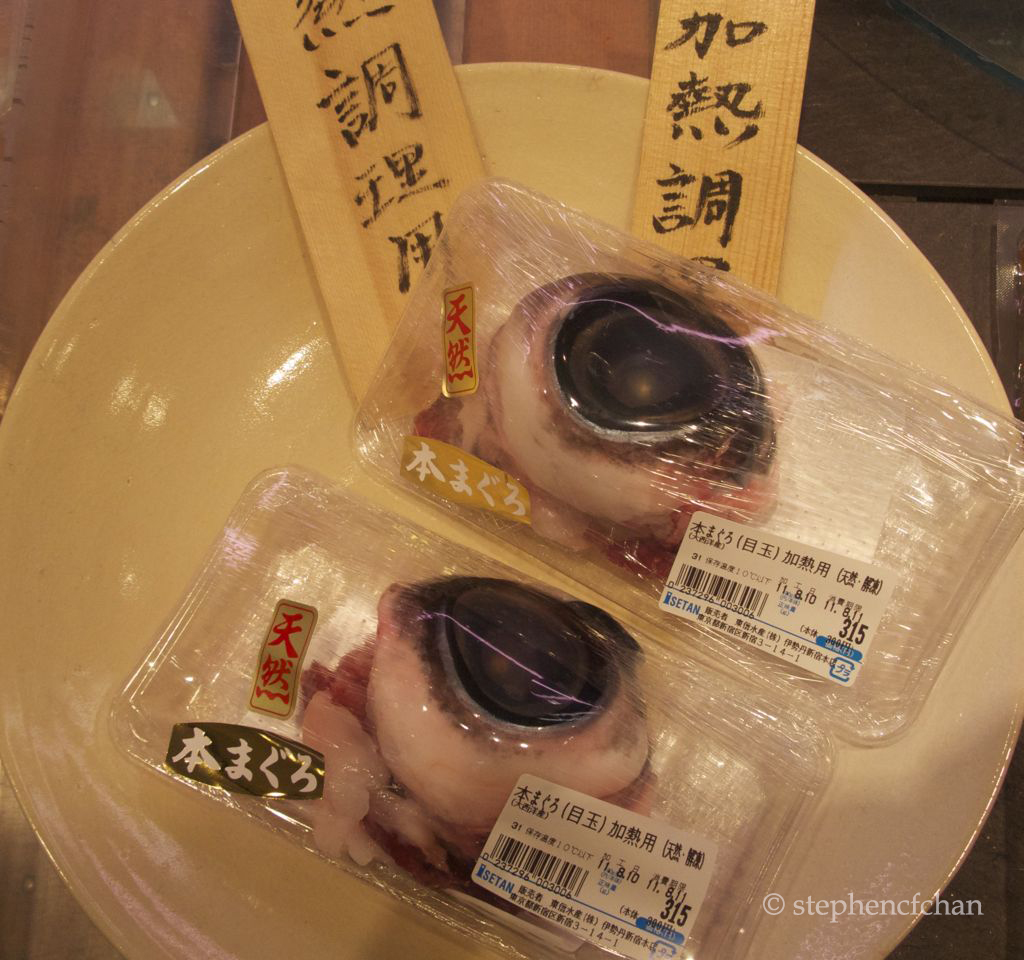 Japan is one of the producers of a number of strange Asian foods, one of which being the local delicacy tuna eyes. The dish is eaten either raw or steamed with garlic, soy sauce, or a combination of both. It’s said to taste a little like squid and comes serves with the eye surrounded by fish fat and severed muscles.

If you’re planning a trip to South East Asia and are brave enough definitely give some of these a try.